The Isles of Scilly, approximately 30 miles off Lands End, Cornwall, are supplied at 33kV by Western Power Distribution from mainland UK via a 55km Subsea cable laid between the Cornwall coast and St Mary's Power Station.

At the begining of March the anchor of an unidentified boat caused catastrophic damage to the cable which subsequently left the islanders running on back up generators for the duration of the repairs. The systems kicked in quickly with the Islands noticing only a very slight interuption to their supplies.

To locate the break in the cable, Western Power Distribution utilised internal testing facilities which identified the damage location. They were able to assess the the shorter length (from the mainland) with their equipment, but the significant length from St Marys was too long for it too manage.

Wootton & Wootton received a call on a Wednesday afternoon, enquiring as to the availability of our HVA200 to test from the Islands prior to the repair and conduct the final pressure tests once the repairs were complete, within 2 hours we had the trailer mobilised to Penzance to meet the shipping company and our test engineers mobilised to meet the WPD team to get to the Island.

The following days proved that nothing is ever as simple as it seems and shipping a 6.5m long, 3 tonne trailer with fragile test equipment mounted on it is much more difficult than you would expect, especially to a location without a vehicle ferry! With the combined efforts of our haulier (A Coates & Son), Western Power Distribution, KML shipping and the Scillonian III staff, the kit arrvied safely onto the Island.

With a break in the weather, the pre repair testing was carried out. Due to the length of the cable, the HVA200 was manually set to the lowest frequency it operates at to allow plenty of charging time. At 0.01Hz, the cable took approximately 6 minutes to charge prior to the 30 minute test at 32.47kV (the aged cable test voltage specified by Western Power Distribuiton - 1.7U0) and around 40 seconds to fully discharge through the HVA200.

We tested from the switchgear at St Marys Power Station as this allowed us the extra comfort of closing the earth switch following the discharge of the cable.

Following the successful testing, proving the integrity of the cable up to the break, the repairs commenced on the boat.

We returned to the Island on the first weekend in April to undertake the final pressure testing, adopting a belt and braces approach by testing once the jointing was finished but the joint was still on the boat and again once it was in its final position on the seabed.

The testing was carried out the same as before with manual settings to allow for the full charging of the cable, now even longer than before as we were testing right back to the pole terminations on the Cornish mainland. To ensure the quickest possible return to service for the Islands and taking advantage of the reasonable weather conditions both on land and at sea, everyone concerned continued the 24 hour working patterns which meant the final pressure testing fell as a night time activity.

Our HVA200 has a relatively low power requirement for operation which means we are able to utilise the Power Station 3 phase supply. This allows our equipment to run silently, a benefit I'm sure much appreciated by the residents living around the power station.

At around 2:30 in the morning, all of the testing was successfully completed and the WPD staff then pushed forward with energisation activities getting the islands back onto their mainland power around 24 hours later on 4th April 2017.

This project was very exciting to be involved with and has proven the flexibility of the HVA200 and Wootton & Wootton staff to go the extra mile working with the local DNO to get a project over the line. We would like to acknowlege the hard work of everyone involved, especially the staff working around the clock on St Marys island, the mainland and the CS Sovereign boat to get the subsea cable back into service. 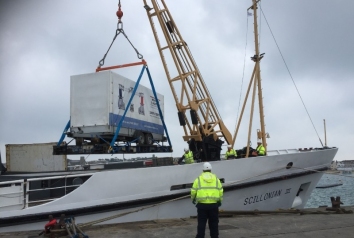 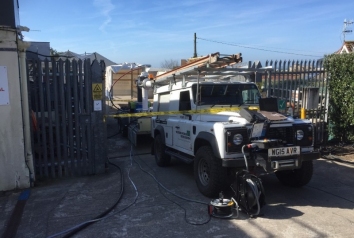 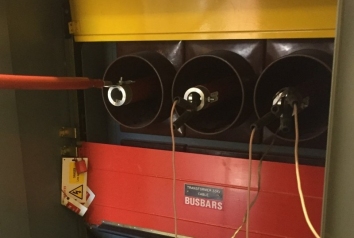 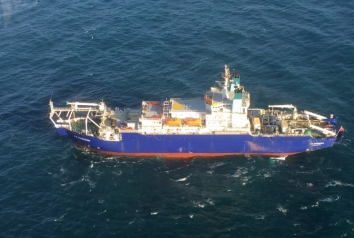 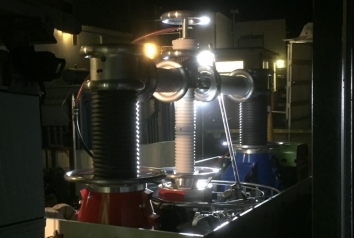